Showcase of Our Works

Denis Fappani and Julien Fourez of Thales SESO and me at SpaceX.

Here we are in the Carnegie Observatories Mount Wilson Observatory's Hale library in Pasadena, California. This is where Einstein banished the cosmological constant term from his cosmology. He is reputed to have later described the term as his "biggest blunder", a statement that became one the great legends of 20th century physics. 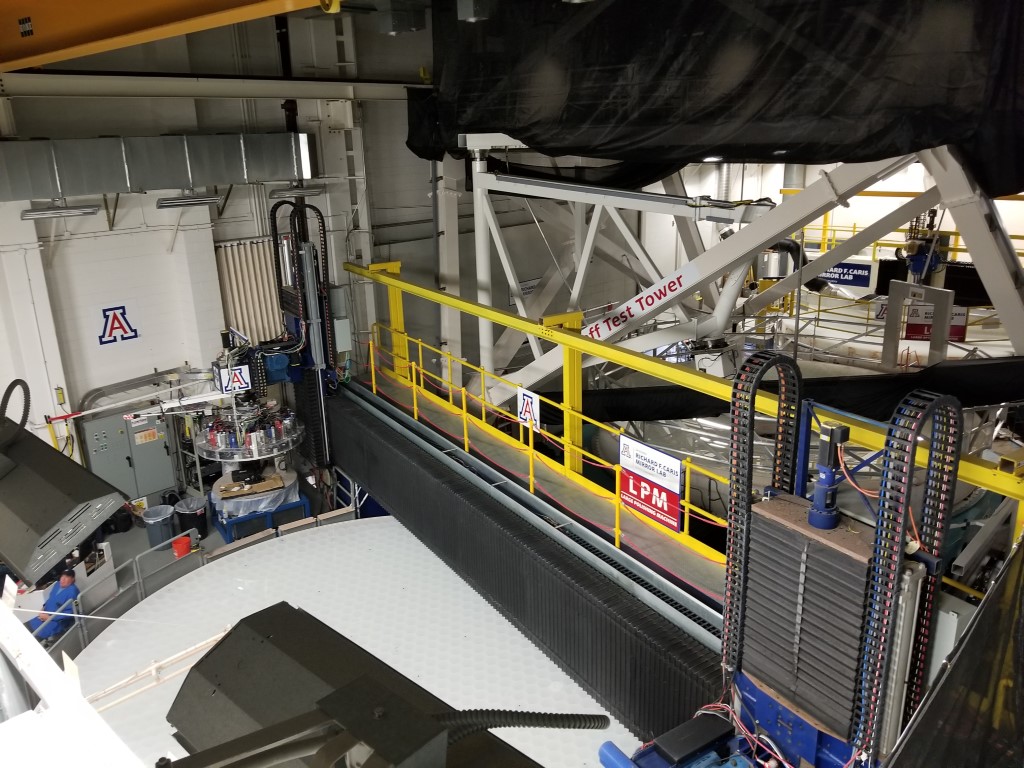 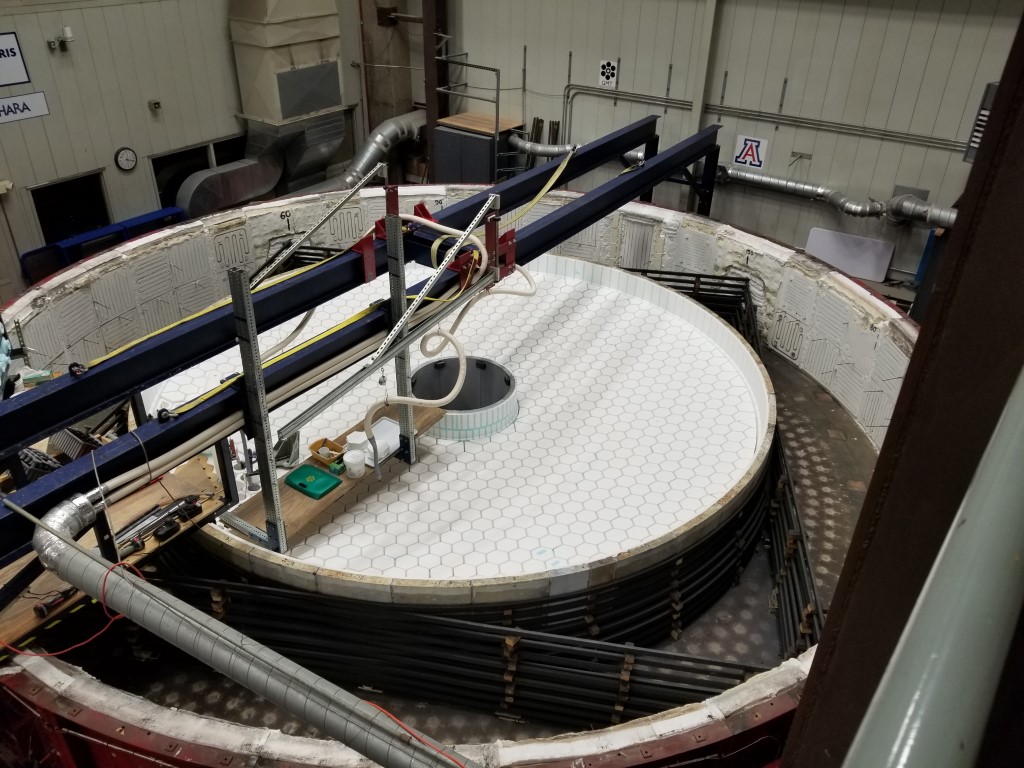 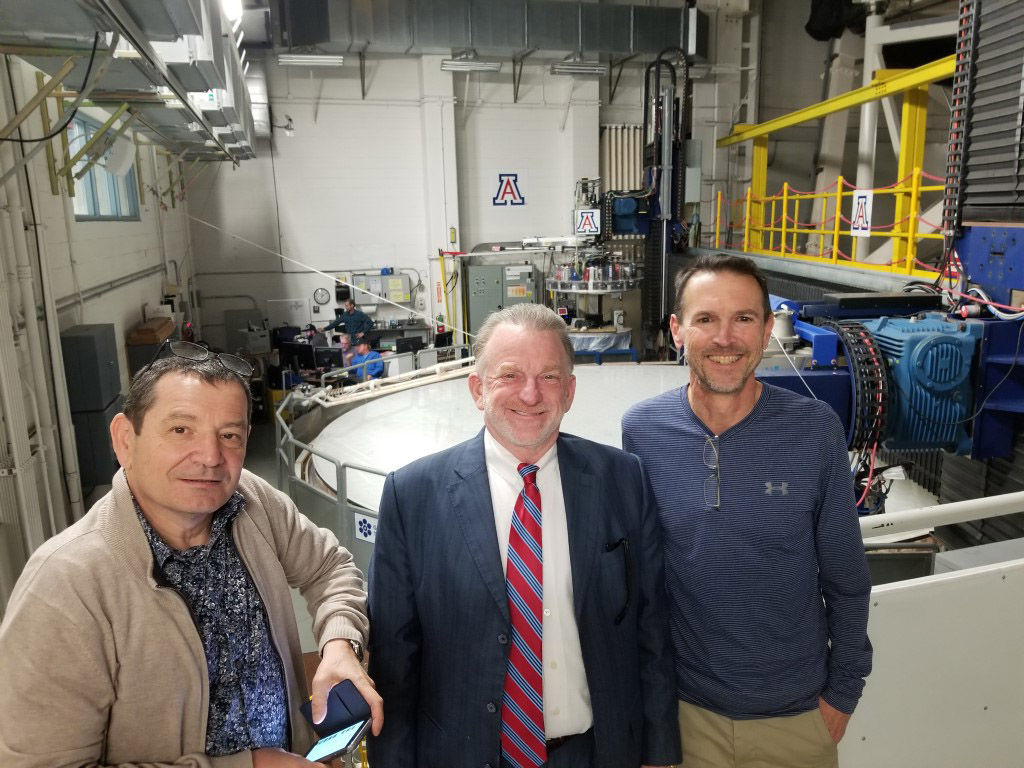 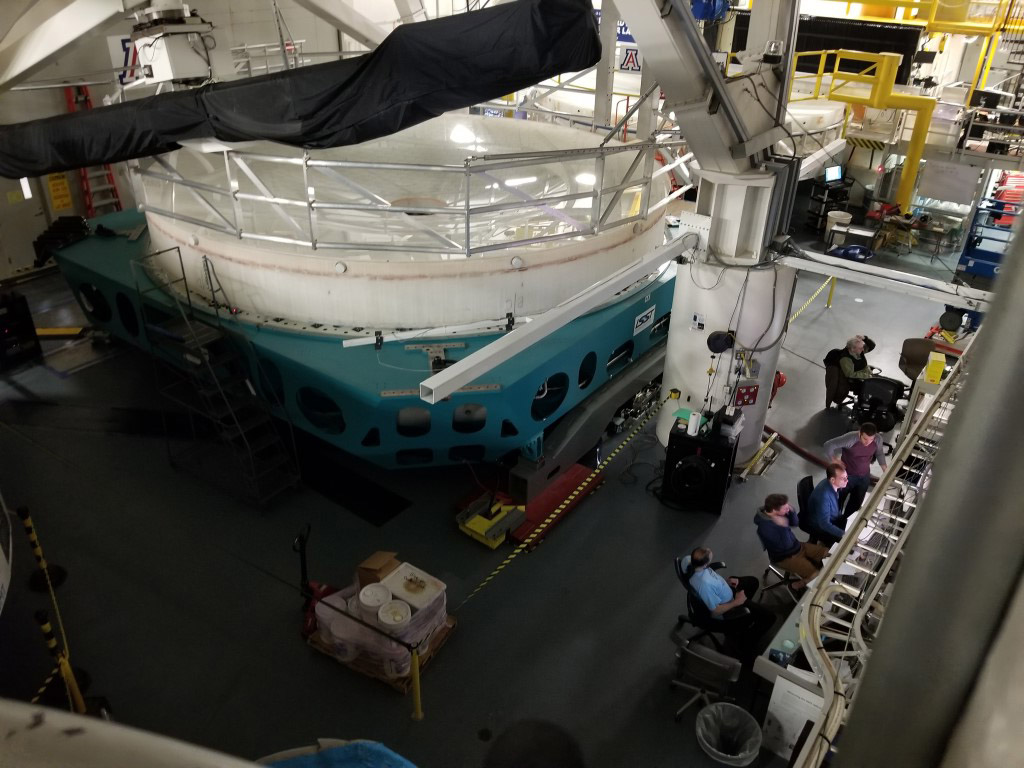 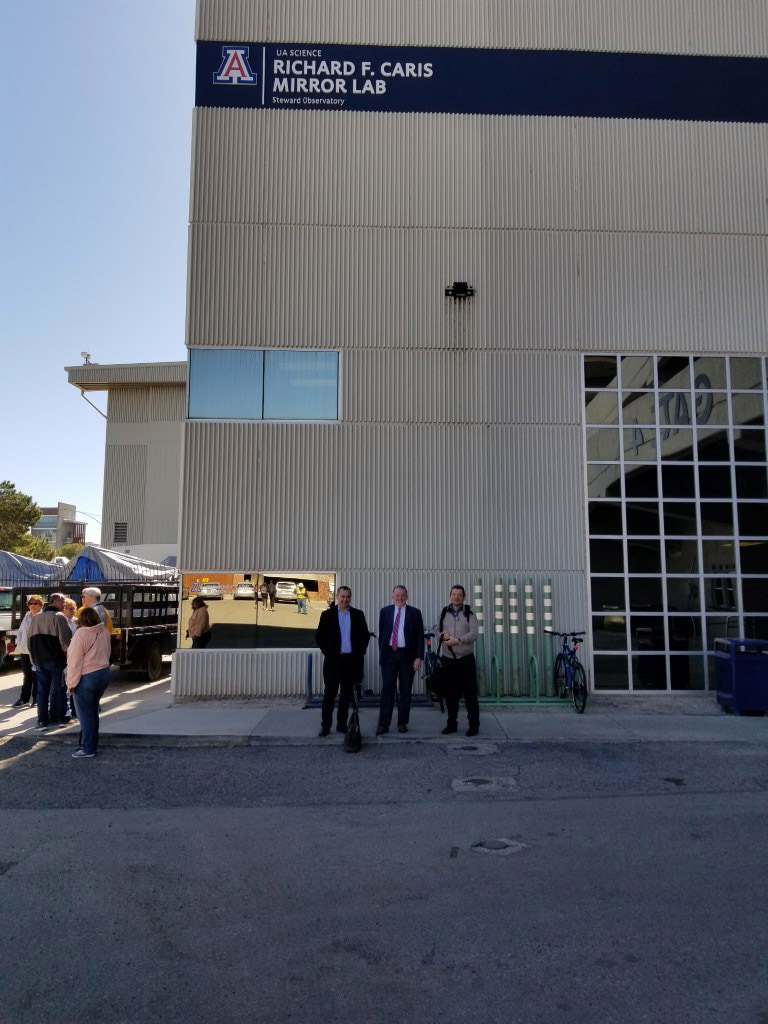 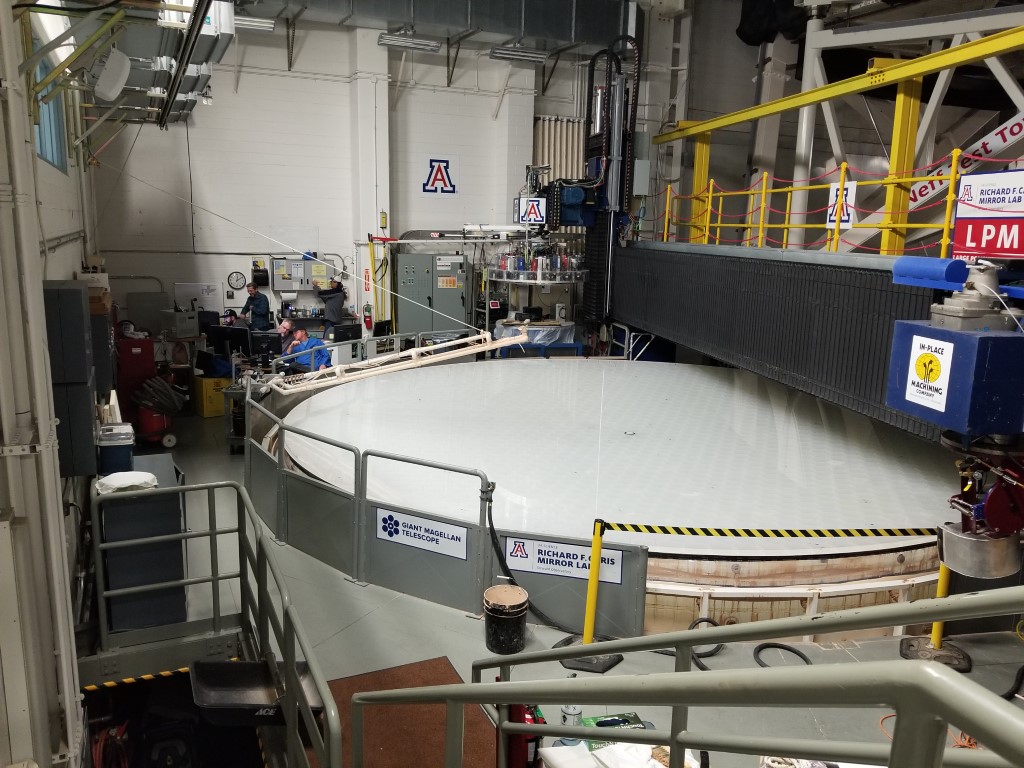 The Richard F. Caris Mirror Lab at the University of Arizona 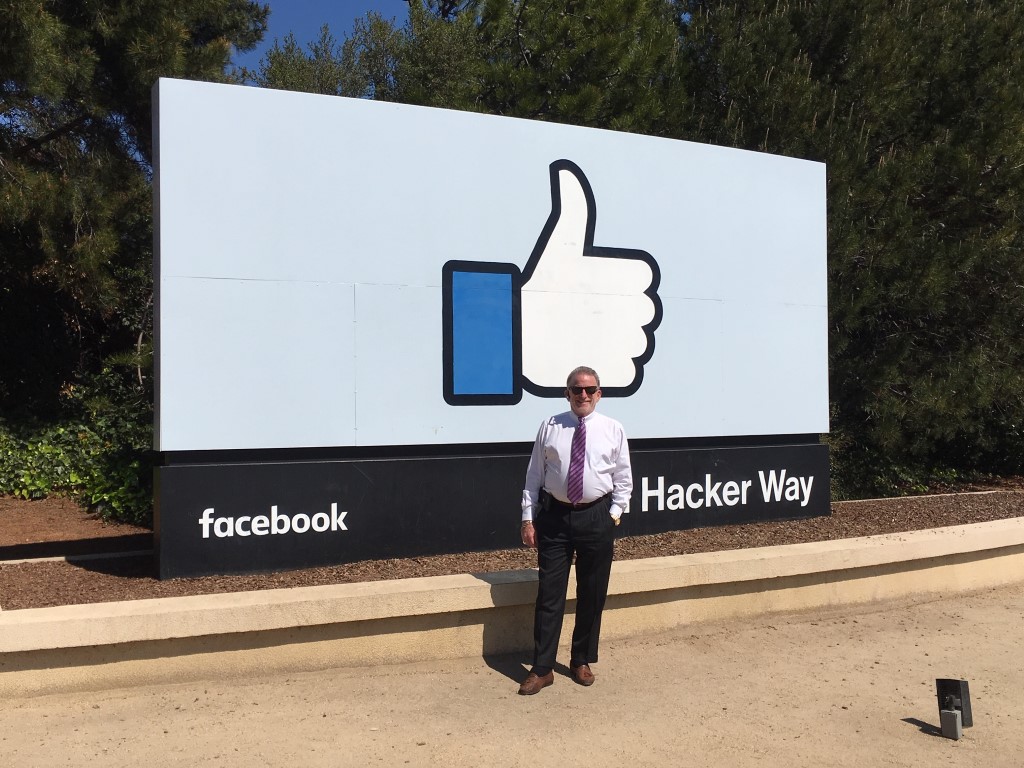